Pambili updates drill results from the Happy Valley Mine


CALGARY, Canada – TheNewswire - Nov. 21, 2022 — Pambili Natural Resources Corporation ("Pambili" or the "Corporation") (TSXV:PNN) announces an update to the results previously reported from the recent drilling program at the Happy Valley Mine (“HVM”) in Zimbabwe.

The drilling program was set out in the NI 43-101 Technical Report on the Happy Valley Mine, dated March 30, 2022 (“Report”) and the sampling and QA/QC protocols followed are summarised in the news release dated September 28, 2022. 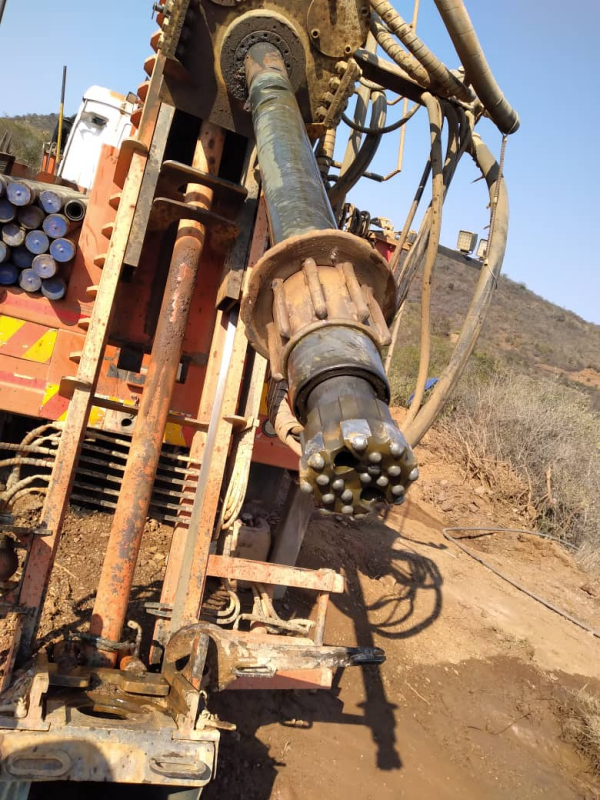 The Report, which is available on SEDAR and the Corporation’s website, was prepared by independent geologist Gayle Hanssen BSc. (Hons) Geology, a qualified person as defined by Canadian National Instrument 43-101. Ms. Hanssen has reviewed and approved the technical information contained in this news release.

As stated in the News Release dated September 28, 2022, the most westerly drill line provided two ore-grade intercepts over the main reef:

These intercepts are from the same ore zone, which is dipping 65o to the north.  The second intercept is at 130m below the surface, with the intercept of Hole 1 being 40m above this.   The intercepts are contiguous with the trenched gold reef outcrop and consistent with the known geophysical anomalies and characteristics associated with economic occurrences of gold deposits.

The last drill line, 150m to the east has respectable intercepts on both holes, approximately 40m apart, on the section line. These grades are reported as being:

Again, the ore zone dips to the south at 65o and the intercepts are at similar depths to those of Holes 1 & 2 Therefore these intercepts are considered to be in the same zone as that intercepted in the westernmost drill line.

Although the intermediate drill lines did not show similar intersections, this is perhaps because they were drilled on the crest of a hill and were not drilled deep enough. A survey of the underground workings is planned with a view to being able to define continuity of an ore body between the easternmost and westernmost drill lines. Depending on the outcome of the underground survey, further drilling may to be required to properly define the ore body.

“Although the results do not provide a basis for a resource, the intersections do indicate the presence of economic grade mineralization on the property and this justifies further exploration to fill in the gaps,” commented Ms. Hanssen.

Pambili Chief Executive Officer (CEO) Jon Harris stated: “Although the intermediate lines did not make the same intersections as those on the extremities, the planned survey of existing underground workings will provide additional data to help evaluate the extent of the orebody.”